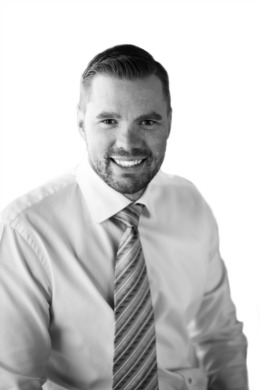 Nathan is a long-time resident of Kelowna and loves his community. There is no place he would rather be! He loves where he lives and he loves to serve the citizens of Kelowna/Okanagan Valley. Coming from a service background, Nathan is no stranger to putting the needs of others in front of his own. Nathan has served with the Canadian Forces as an Armoured Soldier and is proud of his time there. After that, Nathan felt called to take all of his experience/expertise and apply it to the real estate industry. Nathan became an entrepreneur at the age 25 years old; he is extremely resourceful, reliable, and very diligent in all areas of business and management. At the age of 28, Nathan co-founded Canada Flex Realty Group, also known as Flex Realty. Nathan is the owner of this company and oversees business development, recruitment, and growth. Currently, Nathan’s company has 40 staff and it is quickly expanding. His main branch office is Downtown Kelowna, however, Flex Realty has agents and offices in Penticton, Armstrong, Vernon, Shuswap/Blind Bay, and most recently, Kamloops. Nathan is also in partnership with Flex Realty in Vermont, USA.

In addition to being a Real Estate Agent/Owner, Nathan has served in various leadership/volunteer roles with Mothers Against Drunk Driving (MADD) and Kelowna Gospel Mission. From 2013-2018, Nathan was a volunteer member with MADD and for many years, he led as a Director. This role required much leadership including board meetings, budgets, event-planning, and financials/spending. Nathan arranged/led several Sobriety Road Checks with RCMP - this initiative enabled Nathan and his MADD members to hand over thousands of promotional information items to the public stopped at the road checks. As well, he served as Volunteer Coordinator, which put Nathan in charge of hiring, training, and coordinating MADD candidates. He was appointed as the Project Red Ribbon Chairman; this program is MADD’s longest running campaign aimed to provide awareness, through the Red Ribbon, during the winter/Christmas season about the effects of impaired driving. Nathan and his team handed out thousands of red ribbons! At Kelowna Gospel Mission, Nathan spent many years volunteering on the Food Truck. This included pickup/delivery of essential food items & home-building necessities. Now, Nathan volunteers in the kitchen - prepping, cooking, serving lunches and dinners. Nathan will quite often bring his real estate team in for an afternoon to help out in the kitchen! Not only does he pour into the local community, but in the last 4 years, Nathan has spent his time in Quintana Roo, Mexico doing humanitarian efforts including renovation/construction/maintenance of a local church. Lastly, Nathan is committed to giving blood and donates very regularly and has arranged/led many blood drives with his real estate team.

Nathan was recognized for his tireless efforts in 2016 when he was nominated for Kelowna's Civic Fred Macklin Memorial Award 'Man of the Year’ and the Capital News Award ‘Volunteer of the Year.’  In 2017, Nathan was nominated and won the Kelowna Capital News Award 'Volunteer of the Year.' In 2018, he was nominated for the ‘Realtor Care’ award; an award to recognize real estate agents that are committed to volunteering their time and raising funds for the causes/charities that are close to their hearts.  He also won a local ‘Community Oriented’ Realtor Award in 2019, for his outstanding contributions in the community. Nathan and his business have been nominated in 7 different categories for ‘Best of Kelowna 2020 & 2021’, including Best Realtor, Best Young Entrepreneur, Best Realtor Team, and Best New Business! Nathan is also being featured on the Kelowna Gospel Mission Newsletter/Magazine for July 2020. In August 2020, Nathan won the prestigous award, TOP 40 under 40, which recognizes him for his high level of leadership, volunteer commitment, and business accomplishments. In October 2020, Nathan received the TOP AGENT Award with Top Agent Magazine Canada and was featured in their October 2020 issue.